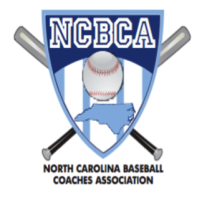 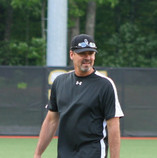 Jeffrey Scott Schaefer; born in Patchogue, New York on May 31st, 1960 where Jeff honed his skills as a baseball player becoming an All-League and All-County selection in senior year at Patchogue- Medford High School.

Jeff played his senior summer with the Port Jefferson A’s in 1978 who went out to Farmington, New Mexico and became the first team from the east in 19 years to win the Connie Mack World Series. Jeff’s teammate on the A’s was former MLB All-Star pitcher Neal Heaton.

Jeff received a baseball scholarship to the University Maryland and played his first spring season in 1979 and started every game until he was drafted after his junior year. In his junior year Jeff batted .384 setting school records for on-base percentage, consecutive hits (10), single season hits (60), fielding percentage (.985) and double plays (44). Jeff was the only player in Maryland baseball history to be named captain in his junior year, every other captain’s honors before and after Jeff has gone to a senior classman. Jeff received 1st team All-ACC honors and was an Honorable Mention All American in 1981.

Out of the University of Maryland Jeff was the 12th round draft pick in 1981 by the Baltimore Orioles. As a player Jeff’s reputation was a tenacious competitor who approached the game with an old school mentality that led to a 14 year professional career. Jeff played at every level in the Orioles Minor League system before having his contract purchased by the California Angels where he played for current Tampa Bay Rays manager Joe Madden. Jeff Spent one year in the Angels organization making his first Texas League All Star team. At the end of his season with the Angels Jeff was selected in the MLB Rule 5 Draft (first round, first pick) by the Los Angeles Dodgers and during that 1987 season was selected to his second Texas League All-Star Team.

Jeff became a six year minor league Free-Agent in 1988 and signed with the Chicago White Sox. Assigned to the White Sox AAA team the Vancouver Canadians the Canadians went on to win the Pacific Coast League Championship. Jeff was named team MVP.

1989 was the beginning of Jeff’s major league journey making the Chicago White Sox out of spring training as a non-roster invite. Jeff would spend the majority of the next five years in the major leagues.

In 2010 Jeff was inducted into the Suffolk County, NY Hall of Fame.

Jeff Schaefer’s family members joke with him saying he knows nothing else other than the game of baseball. He has proven after his playing days were over developing players and creating exposure for high school level players is his passion.

Jeff has cultivated and developed a national network of college recruiters and MLB scouts.

Jeff founded Carolinas Baseball Center (Charlotte, NC) 2007 and since then his focus has been on developing and creating opportunity for high school players with the desire to play at the next level. Through opportunities and exposure created by Jeff over 200 players have moved on to play at the collegiate and professional levels and the number continues to grow. Jeff’s reputation today is as an authority on travel/showcase baseball and a national leading source for player evaluation and promotion.

Jeff has expanded outside of Charlotte and is also owner of the Virginia Sports Complex.